Flint and Jaggers describe the ideologies and impact of several asset-based pedagogies – culturally relevant/responsive/sustaining pedagogies, funds of knowledge and funds of identity, and Afrocentric praxis. Asset-based pedagogies are defined as counter narratives to deficit ideologies and Eurocentric perspectives on learning which do not acknowledge the systemic inequities experienced by disenfranchised communities. The authors cite diverse scholars and theorists from the last twenty-five years, such as Ladson-Billings, Gay, Paris and Alim, while offering summaries of each ideology. They then present a case study of a low-performing, multiracial elementary school where asset-based pedagogies were enacted through centering students, multiple ways of knowing, and communal responsibility, with examples of each, such as home visits, identity projects, and dialogic/inclusive talk. Asset-based pedagogies can help reimagine schools where diverse, heterogenous practices are sustained through emancipatory education and families and communities are seen as intellectual resources.

Gay begins by explaining her views of culturally responsive teaching (CRT), referencing her work on the subject since 1972. She defines and describes CRT in many ways and manifestations. She stresses how explanations of CRT need to be clear and specific with carefully decoded language and qualifying descriptors. Teachers must declare how they understand and engage with diversity, with explicit commitments and values for  teaching to and through cultural diversity. Gay then examines specific actions of CRT: restructuring attitudes and beliefs about ethnic and cultural diversity; resisting resistance to cultural diversity; centering culture and difference in the teaching process; and establishing pedagogical connections between cultural responsiveness and other areas of teaching. Gay concludes by offering teachers themes that will support the bridging across cultural differences.

Ladson-Billings reflects on the history of her theory of culturally relevant pedagogy (CRP), and the ways it has been used and misused. She argues that as in art and science, evolution is vital to pedagogical theory and practice as scholarship must maintain the same fluidity as culture. Dissatisfied with what she sees as a static view of CRP, she advocates for a shift toward its remix: culturally sustaining pedagogy (CSP). To illustrate her own pedagogical evolution, she uses her experiences with First Wave, a university spoken word and hip-hop arts program. She then critiques the distortions and dilutions of CRP over the years, offering Paris and Alim’s CSP as its successor. She also looks at culturally revitalizing pedagogy and its relevance when working with Indigenous communities. Ladson-Billings concludes that CSP can meet both the needs of performance assessments and community- and student-driven learning.

The authors present culturally sustaining/revitalizing pedagogy (CSRP) as essential to understanding and guiding educational practices for Native American learners. Drawing on Paris and Alim’s work, CSPR acknowledges language, ethnicity, and social differences, while also addressing issues of tribal sovereignty, including the right to linguistic and cultural expression according to local language and norms. The article uses two case studies, the NACA charter school in Albuquerque and Puente de Hozho trilingual magnet school in Flagstaff, to show evidence of educational sovereignty through the revitalization of indigenous languages, multilingualism, and implementation of tribal core values rooted in community-based accountability. The article argues that while schools on or off tribal land are mandated to be accountable to state and federal education policies and standardized testing, they must also be accountable to the Indigenous nations whose children they serve.

Paris offers the term and stance of culturally sustaining pedagogy (CSP) as an alternative to culturally relevant/responsive pedagogies, which he believes do not go far enough to support the linguistic and cultural dexterity and plurality necessary for success in the demographically changing 21st century. By comparing the deficit and difference approaches of the 1970s and 1980s with resource pedagogies of the 1990s and 2000s, he shows how research and practice have repositioned the linguistic, cultural, and literate practices of poor communities of color as resources to honor and explore. He cites Ladson-Billing’s landmark article from 1995 in which she formulates culturally relevant pedagogy and acknowledges its prominence, with to a lesser extent Gay’s culturally responsive pedagogy, in research and teacher education. CSP requires education to be more than responsive of or relevant to the cultural experiences of young people – it must support young people in sustaining the linguistic and cultural practices of their communities while also offering access to dominant cultural competence. Paris stresses the fluidity, hybridity, and pluralism of language and culture which is reflected in the ways young people navigate traditional heritage while offering new visions of their linguistic and cultural experience. This article is cited in many current  articles addressing diversity, inclusion, and equity in education.

Paris and Alim critically assess culturally sustaining pedagogy (CSP), a concept developed by Paris in 2012. CSP expands the discourse of culturally relevant/responsive pedagogies, seeking to foster – or sustain – linguistic, literate, and cultural pluralism as essential to democratic education in the face of monolingual/monocultural policies which center white, middle class achievement standards and Dominant American English. How we understand the ways young people enact race, ethnicity, language, literacy, and cultural practices in both traditional and evolving ways is crucial to CSP. Fluid identities emerge and evolve as young people navigate critically engaged relationships with race, culture, and language in ways overlooked by previous asset pedagogies. A pedagogical focus on the practices and knowledge of communities of color asserts multilingualism and cultural pluralism/hybridity realized through an inward gaze (as opposed to the “white gaze”) which recenters entry-points to access and power. (Paris and Alim went on to publish the book Culturally Sustaining Pedagogies: Teaching and Learning for Justice in a Changing World (2017) which further expands on this work.)

Our Partners Across New Mexico 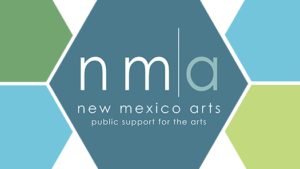